West Lombok Regency or "Lombok Barat", is one of the Indonesian Provinces, which is located in West Nusa Tenggara near by Bali. It is located on the island of Lombok and the capital is Gerung.

West Lombok regency was established in 1958 and being included in the northern section of Lombok. The indigenous people that live in West Lombok are Sasak people. Other tribes that live together with the indigenous are Balinese, Chinese, the descent of Tionghoa, Arab and Yemeni descent who settled in the early port city of Ampenan. 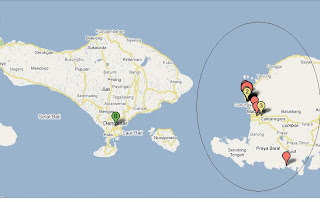 Most people in West Lombok normally speak the Sasak language as it is the native language, but Bahasa Indonesia is the most widely used in everyday interactions.


Similar to Bali, Lombok is also have some exotic destinations that worth visited. Beside Rinjani Mountain, there is Senggigi Beach, Ampenan Beach and such an Old Town in West Lombok. Moreover, there is Malimbu hill, Batu Bolong beach, Suranadi Beach and more.

Senggigi beach is one of the famous beach in Indonesia, wich have a perfect sunset.

Email ThisBlogThis!Share to TwitterShare to FacebookShare to Pinterest
Labels: beach