Traditional Polynesian song and dance is inspired by the ancient legends and folklore passed down from their gods. Officially banned following the religious conversion of the late 19th century, It was the onset of tourism in the 20th century that helped to revive these traditional customs. 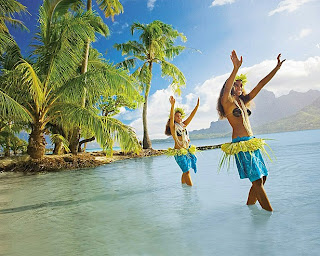 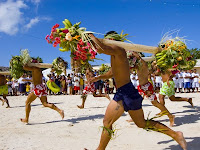 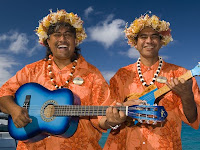 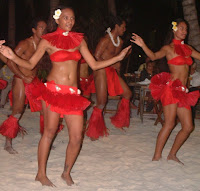 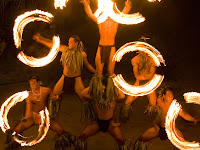 A traditional female dancer was wrapped in tapa (a fabric made from pounding and softening tree bark) decorated with feathers, shells and mother of pearl. The costumes of today’s female dancers include a more (or skirt), a belt and a bra made of seashells or coconut shells. Male dancers also wear a more, a belt and a large headdress. Dancers hold feathers or pompoms to accentuate their moves and move to the beats of a variety of drums, nasal flutes, conch shells and ukuleles.
Posted by Unknown at 5:35 AM