When in Goa temples, keep off beachwear 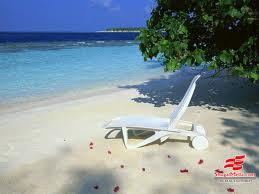 Beachwear and temples don't get along in Goa. Never mind if it's a top sun and sand holiday destination.

The 450-year-old Mahalsa Narayani Temple has banned the entry of foreigners within the temple precincts while the popular Lord Manguesh temple has asked domestic as well as foreign tourists to wear proper attire when they visit the premises.

"We do not mind these foreigners. But sometimes their clothes are vulgar and they do not care about the sanctity of the temples. They need to be disciplined," says Vinod Kamat, who heads the temple committee of the Mahalsa Narayani Devastan, located in the Ponda sub-district, 25 km from here.

Speaking to IANS Monday, Gaurish Kuttikar, a government official who serves as the administrator of the Mahalsa Narayani Temple Committee, said the decision to ban foreigners was completely the prerogative of the temple committee and the government had nothing to do with it.

"They (temple committee) have not approached me nor have they taken the government's permission," Kuttikar said.

Welcoming the decision of the Mahalsa Narayani Temple to ban foreigners' entry, president of the Travel and Tourism Association of Goa (TTAG) Gaurish Dhond said, "There has to be a sense of decency when you visit temples."

"These are hippies who are creating this nuisance. There had been a couple of instances of improper clothing which the temple committee had kept note of."

"As an association we have been educating travel guides and hoteliers to inform tourists about decorum at temples," he added.

State tourism director Swapnil Naik confirmed that the temple authorities had been seeking a dress code for tourists visiting the temple areas in Goa.

"We are not going to interfere. These problems happen when day tour buses ferry tourists to both temples and beaches on the same day. Beach clothing puts the temple authorities off," Naik said, adding some temples were making provisions of towels and clothing for 'improperly' dressed visitors.